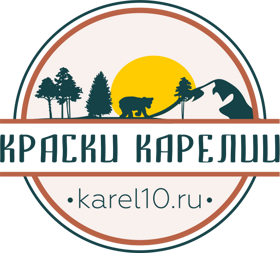 You will make a journey in Unitskaya bay – one of the most picturesque places in Karelia. This bay is the biggest one in Onega Lake, it’s about 40 km long. It is also the west water border of the famous Zaonezhye Peninsula. There are a lot of island and cliff faults here – the result of ancient earthquakes. Trees grow here on the sheer cliffs, their roots scramble splits in rocks and remain unsettled, making a fabulous impression.

On the bay shores remain the old villages, full of  the north wooden architecture traditions. Besides the famous „Idols’ glade” (an ancient encampment) with the archeological excavations  is situated here. You can see here the St Nicholas the Wonderworker chapel and unforgettable cliff landscape – the natural boundary Velemoni and “Hanging Lakes”

Kolgostrov Island – you will see the natural mountain landscapes "Zvonkaya Shchelga" and “Zvonkovi Kamen". The Kolgostrov island is located in the Unitsky bay of Lake Onega. There is a cliff called Zvonkaya Shchelga, where the remnants of the oldest population of Karelia - the Saami, stone masonry and a kind of rock carvings were discovered. Here also is the Zvonkovi Kamen (accent on the second syllable), which gave the name to the island. This stone is small, but thanks to a special crack, it produces a special sound, if you hit it with another stone. According to the legend, everybody, who comes to Kolgostrov with a pure heart can make a dearest wish.

The spring "Three Ivans" is located in Medvezhiegorsk district on the Zaonezhsky peninsula, 6 km from the Cherkasy village in the the natural boundary “Ivani”, the second name is "Karasozersky”. This spring is hydrological natural monument. The spring is famous for its curative effect. The spring is ascending, located at the foot of the hill. Freshwater spring "Three Ivans" has no analogues in balneological practice. Cases of healing of gastrointestinal and skin diseases, atrophic ulcers and burns are widely known.

Some time ago there was a chapel on this spring, decorated with embroidered towels. In place of the old chapel, the national craftsman, Nikolai Vorobyev built a new one. Now it is guarding the spring.